Been off the radar for a short time. Does not mean that I have been up to nothing. Christmas and New Year are a busy time on the farm. The public holidays result in working half staff. With this we have to keep feeding and watering animals. We cannot just close the doors and open in January. If only the people sitting in town knew the long hours and effort that goes into putting food on their tables. It pains me sometimes to see the food that goes rotten and wasted.

We have been in the grip of a drought. We landed enough rain in the first half of December to plant about 400 ha sunflower just to be followed be three weeks of heat wave. This was max temperatures over 33 degrees. This farm is situated on the Springbok flats bio diversity which is basically African Savanah. As the pressure of the drought pushes the wild animals to their limits they turned to the germinating sunflowers. Looks like the animals have eaten any plant that pushed its first two leaves out of the soil. Looks like we will have to plant again. That will also not work if we do not get any more rain.

We have had to continue supplementary feeding cattle. If there is no rain before winter we will not make it to the next summer rains without bringing in extra bales from our other farms where we have stock pilled some hay. Normally it is very dry in February and march with some rain in April. Hope January and April bring good rain. It will be good for the cattle but too late for crops.

The pigs have been under pressure from the high temperatures resulting in lower feed intake and thus growth. I have not spoken much of this part of my life but it is the main activity which I am involved in. All other farm activities are side lines.

Having said that you may have seen on twitter that I have done a few rides. There was the quick weekend to my sister at Belmoral. That was a nice warm up ride of 320 km. I have made two trips down the R101 to Pretoria to see family. 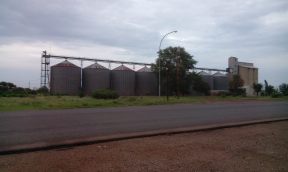 All in all they were very hot rides. Resulting in me looking for times to cool off. There was the dip in the irrigation canal in Rus De Winter. 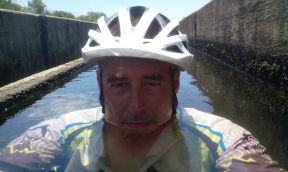 Two rides home from Pretoria finishing in dipping in the pool with cycling clothes on to cool off. 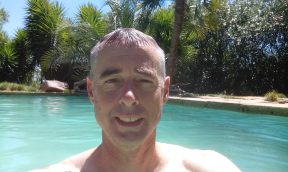 There was a comment on twitter saying that I should rather take up swimming. Swimming long distance could be very dangerous when the sleep monsters strike. If you see how slow I ride my swimming is even slower. I would need a life jacket.

As the New Year begins the question all ask is what I am going to do in 2016. That is the same question I ask myself. Is always nice to have a goal to work for. I am in the Cape Town cycle tour. This is just a nice short party trip. A lot of pig farmers and their vets normally go down and do it. Then I am very tempted to ride the Trans-Afrika again to defend my title of Lantern Rogue. I really enjoyed the Trans-Afrika. I am not much of a racer but it was an amazing adventure. I see @BufflSoldier01 is planning a trip to East Africa in December. It would be nice to join him. I have been longing to cross some boarders up in Africa again. There is the element of the unknown. By the way Andy Masters I think you should start a Race from Karonga Malawi to Johannesburg or Cape Town. Call it the Trans-Rift. I would most likely be on the starting line. Well will let you know what I will be up to.