Took a training ride to Vaalwater this past weekend. The aim was to ride hills on tar roads to get fit for the Momentum 94.7 cycle challenge. On top of it was to do a two stage ride. To make sure I am getting fit enough for my December adventure to East London. I covered a distance of 209 km for the weekend.

Left at 09H45 on Saturday and stopped for lunch at Nylstroom (Modimolle). From my house to Nylstroom there are no hills.

From Nylstroom to Vaalwater is in the Waterburg hills. Must admit they are big for me but will be small for those of you that are riding in Europe or in Natal. Must be getting fit as the hills did not seem as big as I remember from the previous time I did this route.

The road climbs up out of Nylstroom in steps leaving the Springbok flats behind in the distance. The hills are fenced with game fencing. From time to time you can catch a glimpse of Impala, Kudu, Nyala, Vervet monkey, Baboon,Wildebeest or a cow. The scenery then opens out to grasslands and crop lands. As you start to descend again into the next valley the peach orchards begin. Peaches are now in season and can be bought along the road at small stalls. Not to mention all the Sekelbos wood been sold for camp fires or braai (barbecue). After this there is a goat farm that has a restaurant and makes goat cheese. This would be a nice little outing for the family.

To climb out of this valley is the steepest part of the ride. After passing some game farms comes the monster climb. On the way back home I had to make some noises to chase the Baboons off the road, as I was freewheeling and reached a speed of 65 km/h. It would have caused a terrible accident if I had hit one of them. My heart rate monitor started to beep as I was not peddling down the hill. To the mother baboons in the trees this was terrifying. They just dropped out of the trees baby and all. Their feet were running in the air, so when they hit the ground they hit it running.  Fortunately the up hill is not to long in the direction of Vaalwater and then you are rewarded with a nice long down hill to Vaalwater.

First time I went to Vaalwater I had all these romantic ideas of a town surrounded by game farms and pumping with tourists. Well it has some game farms around it. It has a grain silo and a rundown town centre. This town centre could have come out of some middle African town. The buildings are in need of paint the roads are very fill of potholes. There are street vendors selling vegetables. Must say some of the nicest tomatoes I have seen in a long time. Signs everywhere to sell biltong (beef jerky). There are any type of biltong, starting at beef all the way to Eland.

I camped at a small lodge come camp site tucked away behind the sports bar. The sports bar is a nice neat restaurant come bar that serves very nice pizzas or steaks. Their salads are nice and crisp. They say there are two other places to eat in town. I have not tried them. The local farmers sometime come with their wives and children to eat out. Open people if you start to talk to them. They will enjoy a chat with you. Note big topics are the weather, rugby, crop farming and game farming.

Word of warning there is a night club where the local blacks like to hang out. This place has the music up loud and goes all night. Almost until the sun comes up on Sunday. Then there is the busy road that runs through the centre of town. This is one of the main routes to the mining and game farming towns to the west of Vaalwater. So any place you choose to stay at in town will have the back ground noise of the road and night club. The town’s name is also Vaalwater which means unclear water. This means the water source is caring a high particle load and the local municipality can not clean it up so good. Do not think it will harm you but bottled water tastes much better.

Left Sunday at 7H00 and was home by 11H30. Much more down hills on the way back. Early riding is best as it is cooler. For example on Saturday it went to 35 degrees on my cycle computer just before getting into Vaalwater.

On bus to Lilongwe 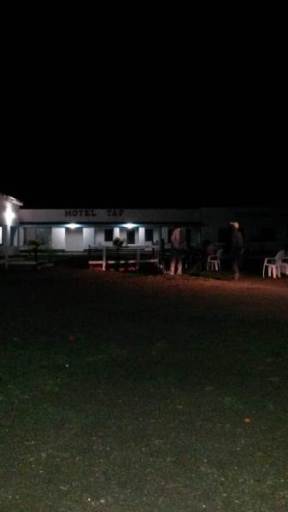 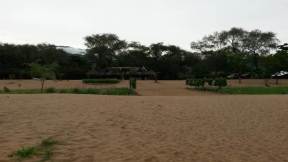 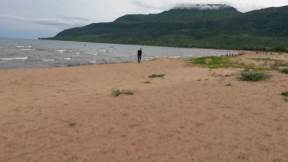 View from Lodge at Inkata bay 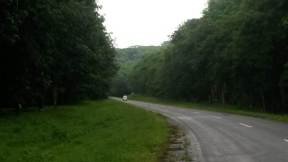 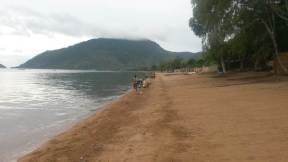 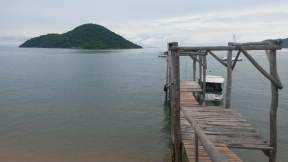 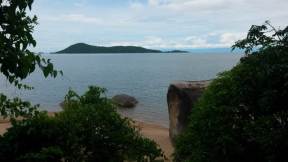 View from tent on Domwe island 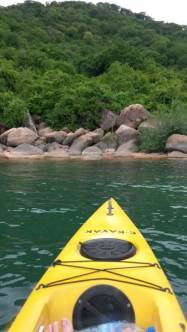 Fish from lake for supper

View of main land from Domwe 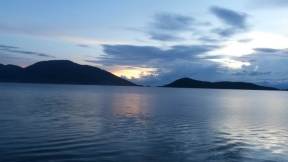 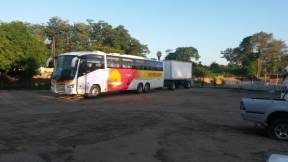 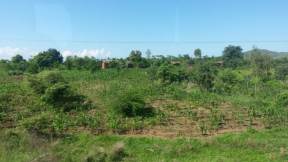 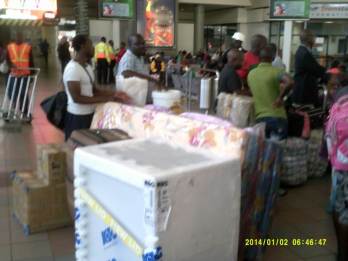 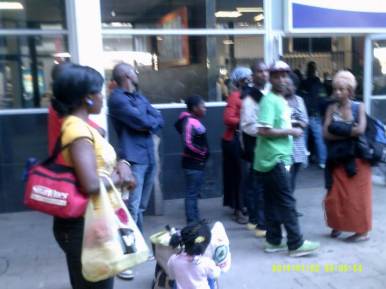 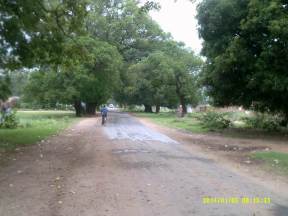 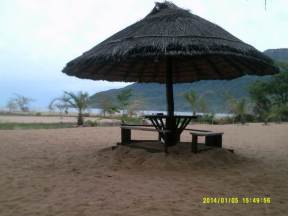 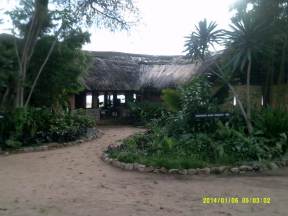 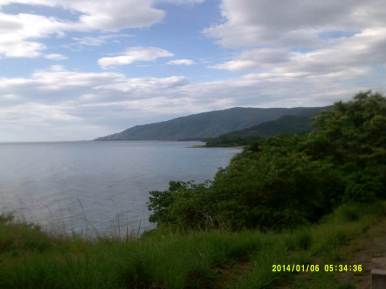 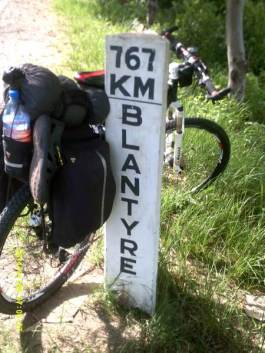 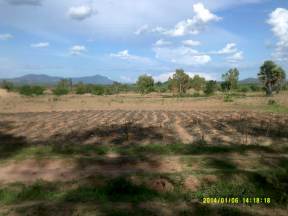 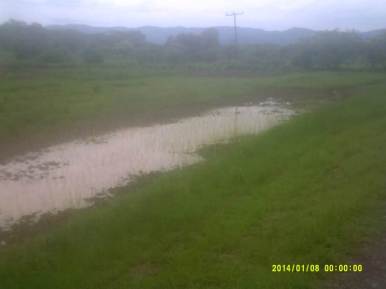 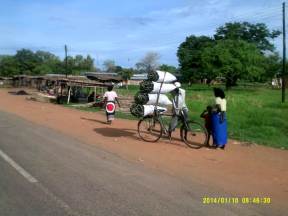